The Athletic’s Dan Sheldon has been speaking on the latest edition of the Total Saints podcast to discuss all things Southampton following their defeat to Liverpool.

One topic of discussion was the return of Mario Lemina at the end of this season following his season-long loan at Fulham.

Does Lemina have a future at Southampton? 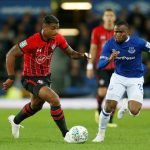 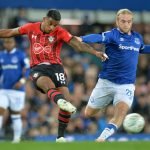 The Gabonese midfielder has played a huge part in Scott Parker’s Fulham side this season having racked up 26 appearances for the Cottagers in the Premier League so far this campaign (via Transfermarkt).

However, with Parker’s side all but relegated back to the Championship, Sheldon has questioned where the future lies for Lemina as he is set to return to St. Mary’s this summer.

He said: “Now, obviously, Fulham did have an option to buy, had they stayed up, or not an option, I think they had the obligation. Although that still depended on Mario agreeing personal terms, which kind of can throw them deals off the rails anyway.

“So they go down there, they’re not going to have to buy him. They may make an offer. They may not. He may think he wants to stay in the Premier League or try his luck elsewhere.

“So you’d like to think that he’s done enough this season to generate enough interest, but again, it’s you’re looking at the investment Southampton put into him and they’re just not going to get anywhere near that back yet. You’re looking at I don’t know what do you take from Lemina at the moment, £2m/£3m?”

The midfielder enjoyed a decent spell out on loan at Galatasaray and racked up 20 league appearances for the Istanbul-based side.

Injury cut his season short in Turkey with the 27-year-old suffering from a muscle injury at the latter stages of the campaign, however, injuries had been the biggest issue for Lemina during his time at Galatasaray.

Despite a decent run of games in Turkey, Lemina was sent straight back out on loan and given his age this could suggest his permanent future does not lie at St. Mary’s, so it may make for an interesting summer for the midfielder.