There was a lot of speculation last summer as to whether or not Matty Longstaff would leave Newcastle United before he signed a new deal and that is why Rob Lee, a Newcastle United Hall of Famer, has exclusively told This Is Futbol that the youngster won’t be leaving this summer.

Matty Longstaff had been linked with a move to Watford in January as he looked for more regular first-team opportunities even if it was just for the remainder of the season but after the Magpies couldn’t land Hamzah Choudhury, Longstaff stayed on Tyneside. 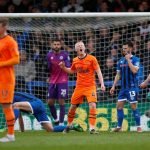 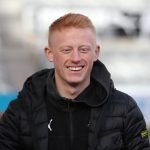 However, with the Hornets getting ready for life back in the Premier League they could look towards the £18,462 per week midfielder this summer and if so, he would become the third ex-Newcastle player to sign for Watford alongside Rob Elliot and Achraf Lazaar.

Longstaff has admitted that it’s been a tough season for him this year on Tyneside but that won’t be enough to see him or the club want to part ways, that’s according to Lee who spoke exclusively to This Is Futbol:

“He’s just signed a contract last year, didn’t he? So why would Newcastle let him go now instead of at the end of last season? I just think he has to be patient.

“If he wants to play for Newcastle, which is his hometown club, then he will have to fight for his place. He must have signed a contract for a reason, he must’ve thought that he was better than the other midfielders at the club.”

The academy graduate has had to endure a frustrating season at Newcastle as he has been handed just four starts in the Premier League against Manchester City, Arsenal, Liverpool and Leicester City.

Steve Bruce has a selection headache in the centre of midfield ahead of next season as he will have Jonjo Shelvey, Sean Longstaff, Jeff Hendrick and Isaac Hayden all wanting a place ahead of Matty Longstaff.