In an exclusive interview with This is Futbol, Rob Lee, who made 343 appearances for Newcastle United, has claimed that his former club’s fans know what they are getting when Paul Dummett is playing.

Dummett has had several injuries over the last two seasons but since he returned to the side, the Magpies have lost just twice in their last eight games and the £35,000-a-week 29-year old has played every single minute. 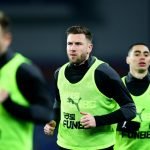 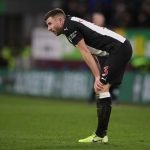 The former Wales international came through Newcastle’s academy and despite being told by former manager Alan Pardew that he was not good enough, Dummett has currently made 197 appearances for his boyhood club, and has just over one year remaining on his current contract at St James’ Park.

Speaking on how fans know what they’re getting from Dummett and how he has never let the club down, Lee told This is Futbol:

“You know what you’re getting with Paul Dummett because he’s a Geordie who bleeds black and white. I know his dad and his family are mad Geordies.

“He never lets you down and nobody seems to talk about him which can be a good or a bad thing, but I think he quite likes that as he can just get on with his job and you know what you’re getting from him.”

Having spent the majority of his career as a left-back, Dummett has proved himself to be a reliable centre back over the last few seasons and given his height and aerial ability it may be a long term position for him.

Steve Bruce has trusted his experienced players in recent weeks with the likes of Federico Fernandez, Jonjo Shelvey, Matt Ritchie and Ciaran Clark all starting since the Magpies’ upturn in form.