Journalist Christian Falk has appeared on The United Stand’s YouTube channel to discuss potential incomings at Manchester United this summer.

One name which is set to dominate the headlines as far as United is concerned is that of Borussia Dortmund winger Jadon Sancho.

Do you want Sancho to join United this summer? 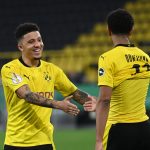 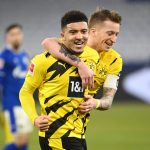 The 21-year-old has been heavily linked with a return to England, with Old Trafford tipped as Englishman’s potential landing spot.

After a slow start to his 2020/21 Bundesliga campaign, Sancho was able to turn around his form and finished the season with eight goals and 12 assists in the league alone (via Transfermarkt).

Sancho is set to join up with the England camp ahead of their two friendly games before this summer’s European Championships and Falk revealed the latest on his future with the Bundesliga club.

He said: “So the good news, the price is not so high like last summer, you know. We heard €95m is now the [price] you have to pay if you want him in Manchester.

“So last summer it was a little bit higher so United didn’t like to pay it. But I think this summer, Sancho will leave Dortmund, so it’s just a question if United is paying the amount of money or another club. In these times, it’s still a lot of money.”

There has been reported interest from Manchester United in Sancho for a number of years now. The Englishman joined Dortmund in 2017 from United’s local rivals, Manchester City (via Transfermarkt).

Sancho left City as a very young player and has already developed into an England international. Perhaps, with all the experience he has under his belt now in the German top flight, he may feel it is time to return to England.

We think it would be a real statement from United if they were to bring in Sancho. A signing of €95m (£81.6m) would be the club’s biggest deal since Paul Pogba returned in 2016, and would arguably provide the 21-year-old with a stage to prove his worth to any doubters he had at City.