Man United are one of many clubs to have been linked with a move for Erling Haaland this summer and Keith Gillespie, who won just the one trophy during his time at Old Trafford, has exclusively told This is Futbol that he wants them to sign the Borussia Dortmund striker.

The Red Devils have also reportedly inquired about how much it would cost for Everton to consider selling Dominic Calvert-Lewin as Ole Gunnar Solskjaer looks to add a focal point alongside Edinson Cavani. 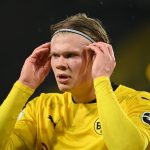 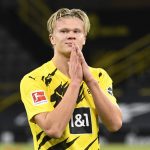 Haaland has attracted the attention of most of Europe’s top clubs since he made his debut for Dortmund in 2020 when he netted a hat trick against FC Augsburg after being subbed on, and managing to score three goals in 20 minutes.

If Man United are to push Man City in the title race next season they will need to have a recognised goalscorer who can start week in week out and Haaland would be the best man for the job and not Calvert-Lewin, according to Gillespie when speaking exclusively to This is Futbol:

“Calvert-Lewin certainly has all the attributes to be a top player so he would fit the bill at Man United but as I’ve said, there are probably other strikers out there ahead of him.

“The obvious one is probably Haaland but I think everybody is going to want him so it’ll be a tough one in terms of how you get him. With Calvert-Lewin, he’s only done it for one season and you’d like a striker to have done it for two or three seasons.”

After an impressive end to the season, Man United managed to convince Cavani to stay at Old Trafford for at least one more season, but he is not able to start a long run of fixtures, given he is 34-years old.

With Champions League football secured for next season, the Red Devils may be able to attract Haaland to Man United, especially if Dortmund fail to qualify for the same competition.