Speaking exclusively to This is Futbol, former Premier League midfielder Keith Gillespie has urged Manchester United to go out and sign a defensive midfielder this summer.

Fred, Scott McTominay and Nemanja Matic have been rotated by Ole Gunnar Solskjaer in the deep-lying midfielder role this season, although none of those three have been able to nail down a regular starting place which had led to constant links with West Ham’s Declan Rice. 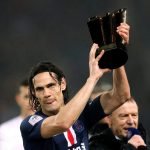 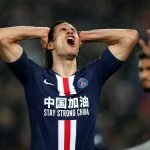 Rice, who’s currently out injured and is valued at more than £100m by David Moyes, has attracted the attention of several Premier League sides following his outstanding form, which has put the Hammers on course for a European place.

The England midfielder is tied down to a long-term contract at the London Stadium, but he’s admired by the Manchester United boss, who wants to bring him to Old Trafford this summer.

And Gillespie, who played for the Red Devils between 1993 and 1995, told This is Futbol that a sitting midfielder is parmoument to United’s hopes of competing at the top of the Premier League moving forward.

“Declan Rice – people are interested in him. I know Chelsea are showing interest. You look at teams that do well, they have a good holding midfielder.

“You look at Leicester with Kante, he was so pivotal to their success. Fernandinho has been so pivotal to Manchester City’s success, and Rodri will be doing the same for years to come because he’s a fantastic player.

“We can see Declan Rice is comfortable on the ball, uses the ball well, and you need somebody like that. It’s a position they need to strengthen in.”