Journalist Daniel Harris has recently talked about the idea of Richard Arnold replacing Ed Woodward as the Manchester United CEO.

It has been reported that the current Man Utd group managing managing director Richard Arnold is leading the race to replace Woodward as the club’s CEO. Cliff Baty, chief financial officer, and Hemen Tseayo, head of corporate finance, are also in the running for the job.

Harris appeared on the latest episode of the OTB Football podcast and he talked about Arnold’s potential appointment at Old Trafford.

Are you worried about Arnold replacing Woodward? 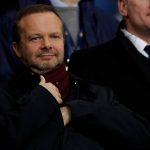 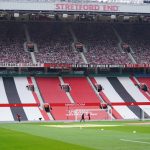 The journalist sounded concerned about Arnold’s appointment and he believes that it could be a ploy from the Glazers and it may not change too many things at the club.

Woodward is set to leave the club at the end of 2021 and protests have been held against the Glazers recently, but it has been reported that the American owners have no intentions about selling the club.

Harris believes that appointing Arnold will be like bringing in another ‘Glazer stooge’ and it is similar to Woodward being appointed.

He stated (17:57): “I’d be extremely suspicious of this appointment because it looks like they’ve just turned off the next cab in the rank. By amazing coincidence, the next best person for this job is the person who we’ve already employed.

“You’d much rather that they went and found the best person in the world and if the best person in the world happens to be the person who’s already there, then great but it’s extremely unlikely. Also, it would also seem to me like appointing another Glazer stooge. And that is ultimately what that would be. I don’t know if Richard Arnold would be good at doing the job.

While United fans have been unhappy with the Glazers, they’ve also made their anger clear for Woodward and both of them are pretty close to each other too – as Harris mentions.

But Arnold has also been part of the United board of directors for multiple years now, which is perhaps a reflection of the fact that even he might share a close relationship with the Glazers. Like Woodward, even Arnold has a commercial background.

So to have another CEO who doesn’t have a footballing background will certainly not be a good thing for Man Utd and it won’t be a surprise if things go haywire in this aspect too.