One name which came up was that of Bayern Munich’s Kingsley Coman with Falk admitting there is interest from United in the Frenchman. 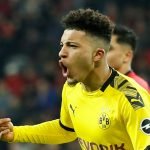 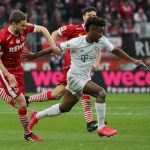 Coman signed for the German giants in 2017 from Juventus for a fee believed to be worth in the region of £18.9m (via Transfermarkt).

Currently, the winger is valued by Transfermarkt at £58.5m following the 2020/21 campaign which saw the 24-year-old score five times and provide 12 assists in the Bundesliga.

Falk revealed interest from the Red Devils in the Frenchman, however, highlighted one potential reason behind why a deal may not actually happen.

He said (12:45): “They are interested in him, and they were last summer already. I think sometimes they do it to make a little bit of pressure on the [Jadon] Sancho deal but there is a true interest in him.”

If Falk is correct in thinking United are only showing interest in Coman to influence their reported pursuit of Jadon Sancho, we think United may need to rethink their strategy.

United have been linked with Sancho for a while now and the Bundesliga side have shown no sign of budging when it comes to their asking price – we think Dortmund will see straight through this tactic.

Unfortunately for United, Dortmund hold all the cards in this saga and with two years remaining on Sancho’s contract, we don’t think Dortmund will rush into any deal for the youngster.