In an exclusive interview with This is Futbol, Paul Stewart, who made 63 appearances for Manchester City, believes his former side could look to bring Kelechi Iheanacho back to the Etihad if he keeps up his good form.

Man City will be on the hunt for a new striker this summer as Sergio Aguero is set to leave the club when his contract expires at the end of the season and he will leave as the club’s all-time top scorer. 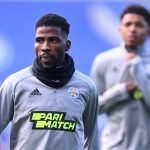 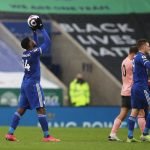 City sold Iheanacho in 2017 to Leicester City but he had failed to live up to his £25 million price tag until lately when Brendan Rodgers decided to play with two strikers and his form has been so good he won March’s player of the month award.

Speaking on how before this purple patch of form City wouldn’t have regretted selling Iheanacho and how they could bring him back to the Etihad, Stewart exclusively told This is Futbol:

“If it was 10 games ago we wouldn’t be talking about whether they regret selling him or not but, I think he’s scored nine goals in his last eight games and he looks like a world-beater again.

“If City want him back, they can go and buy him because they can afford him and can put pressure on Leicester as they’ll just keep going back with more money until they buckle under the pressure, and Iheanacho may force some of that on Leicester.”

Iheanacho has been in great form since the turn of the year and he has helped Leicester maintain their top-four challenge with Jamie Vardy struggling for consistency this season.

City have been linked with a move for Erling Haaland this summer to replace Aguero but his reported wage demands could prove to be a stumbling block.