Despite their best efforts to keep him at the club, Eric Garcia appears to be set for a return to Barcelona as a free agent despite leaving the club for Manchester City in 2017, and former City defender Steve Howey believes it is the sensible decision, as he spoke exclusively to This is Futbol.

Garcia’s hand may have been forced having seen first-team minutes limited this season with the arrivals of both Ruben Dias and Nathan Ake, as well as the resurgence of John Stones, meaning the Spaniard had started just four league games. 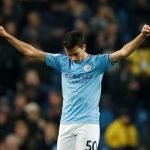 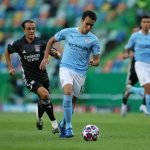 The 20-year old will be making a return to Catalonia where he will be hopeful of earning a regular place under Ronald Koeman and helping them become one of the continent’s best clubs.

A bit like Jadon Sancho, Garcia is deciding to leave Man City in pursuit of more first-team opportunities but former defender Howey believes it’s a sensible decision for both parties.

“Pep will be looking at the situation with him and thinking, based on what I’ve got and what I’m possibly going to bring in, it’s unfair to keep him because the lad will want to play football.

“Guardiola will have probably had the conversation with Garcia and will feel as though he can’t give him the game time that he wants, which I understand.”

This season has been a great one for Man City as Guardiola eventually found the defensive formula he has been searching for since arriving at the Etihad as Dias completely revolutionised them as a team, much like Virgil van Dijk did at Liverpool.

Despite not winning the Champions League since 2015 and having just lost out in the title race to Athletico Madrid, Barcelona will still be a huge club for any player that is approached by them.