Speaking exclusively to This is Futbol, Dean Windass has laughed off suggestions that Raheem Sterling could quit Manchester City this summer.

Sterling has been City’s talisman in recent seasons but is going through a difficult period at present, which has seen him lose his place in Pep Guardiola’s best XI.

The England winger played just 10 minutes across the four Champions League games against Borussia Dortmund and PSG, eight of which came when City held a three-goal advantage over the French giants. 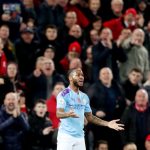 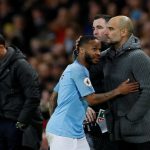 Sterling has still contributed to 25 goals in 46 appearances in all competitions this season, but his goal against Chelsea on Saturday was his first since the win at Arsenal back in February.

His dip in form has led to reports that City are willing to let him go this summer to afford moves for both Erling Haaland and Jack Grealish, with the 26-year-old yet to sign fresh terms at the Etihad.

But Windass told This is Futbol that there’s “no chance” Sterling will leave the club:

“You can see the relationship he’s got with Pep. No chance. That’s never going to happen.