On the latest edition of the Liverpool Transfer Room show, pundit Matty Orme has been discussing the situation surrounding Georginio Wijnaldum’s future.

The Dutch midfielder is set to leave the Anfield club this summer following months of speculation regarding his future.

Should Liverpool have gave Wijnaldum a new deal? 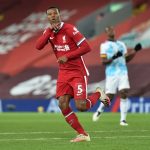 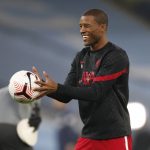 Amid suggestions that a potential move to Barcelona may have fallen through, Bundesliga champions Bayern Munich have emerged as possible suitors for the midfielder.

Wijnaldum signed for Liverpool back in 2016 from Newcastle United for a £25m fee and he has since gone on to make 237 appearances for the Reds in that time.

Discussing the specifics of the £90k-per-week star’s situation with the Reds, Orme had the following to say on the matter (16:40):

“When you see the likes of the Ox [Oxlade-Chamberlain] and that being offered deals in recent years, I think with Gini, he hasn’t been offered a deal that he wants.

“So from my understanding, he wants sort of £140k per week for three years and Liverpool only want to give him £140k for two years.”

In Sunday’s final game of the 2020/21 Premier League campaign, it was made evidently clear the Dutch midfielder would not be playing another game for the Reds but were Liverpool right not to award him an improved contract?

We think Wijnaldum has been one of the unsung heroes in Liverpool’s recent success. His consistent game time in the Premier League has been impressive and he infamously inspired the comeback against Barcelona in the 2018/19 Champions League.

Perhaps the Merseyside club was concerned about giving him a long-term deal given he will be 31-years-old later this year, however, he has clearly shown no sign of slowing down as of yet.

In other news: ‘The best player on the park’ – MOTD pundit wowed by ‘commanding’ Liverpool ace