Liverpool podcaster Grizz Khan has talked about the club’s interest in Brighton midfielder Yves Bissouma, delivering some information about the midfielder.

Khan appeared on the latest edition of the LFC Daytrippers podcast and the panel talked about multiple potential transfers for Liverpool.

He believes that while Liverpool aren’t willing to pay over a certain limit for the midfielder, they’ve already agreed personal terms with the Malian. 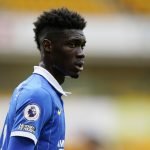 It has been stated that Bissouma has already requested his exit from Brighton, with Arsenal, Liverpool and Manchester City interested in him. The Athletic has reported that clubs would have to pay over £40 million to have any chance of signing him.

Khan though, revealed that the Reds aren’t willing to go over the fee of £30 million for the former Lille man.

He stated on the podcast: “That’s the issue we’ve got with Bissouma at the moment, we’re not willing to pay more than £25m – max £30m. We’ve actually agreed personal terms with Bissouma – bit of breaking news. We have agreed with the player. But the club was a little way off our valuation.”

The Athletic has previously published an article about the players that come close to Georginio Wijnaldum’s profile as a player. That article suggested that Bissouma comes very close to being in the Wijnaldum mould.

With the Dutchman now departing, the Reds would need someone to replace him. Liverpool have made it to the Champions League, which shows that they’ll get some extra finances. Bissouma is still only 24 and signing him before their rivals may present a coup for Liverpool. So if the chance arrives, they should look to meet Brighton’s asking price for the midfielder.

In other news: ‘We 100 percent are in for him’ – Grizz Khan drops big Liverpool transfer claim