Khan appeared on the latest episode of the LFC Daytrippers podcast and talked about multiple issues involving Liverpool and their potential interest in players across Europe.

He stated that Liverpool are trying to put a deal together for the Dutchman but the move won’t happen this summer – though a deal at some point in the future is more plausible. 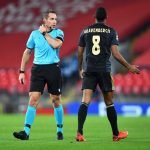 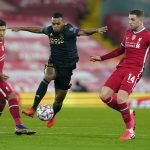 Catalan giants Barcelona have been linked with a move for the 19-year-old midfielder and Juventus have also drawn links with the youngster in the past, while the Bianconeri could be helped by Mino Raiola if they decide to pursue him.

Khan believes Gravenberch is the perfect Georginio Wijnaldum replacement – but that Ajax won’t let him go this summer.

He stated: “Fantastic player, but not only that – he is very, very much liked by Liverpool. We’re trying to set up a deal where we can get him in the future.

“He won’t come to us this season, Ajax just won’t let him go. He needs a couple more seasons in their first team. Wonderful talent, I totally see him in a Liverpool shirt in a few years’ time. He’s the ideal future Gini replacement but it’s not going to be right now.”

TIF Thoughts on Gravenberch to Liverpool…

The Dutchman played regularly for Ajax in the 2020/21 campaign, making 47 appearances in all competitions and contributing to 11 goals from midfield (as per Transfermarkt).

He’s been playing in the first team since the 2018/19 campaign, which shows that he might be a highly regarded talent since he’s operating from a pretty young age. And considering that other big clubs also seem to like him, Gravenberch’s stature has grown in the global game. So it could be a case of moving for the midfielder at the right time for Liverpool, or they may have to pay big money for him.

In other news: James Pearce claims Liverpool may ‘live to regret’ big decision