When Ben Davies made the shock switch to Liverpool in January, it looked a dream move for a young centre-back that had never played higher than Championship level.

However, less than four months later, former Premier League manager Paul Jewell believes the 25-year-old could be sold this summer.

Will Konate be Liverpool's first signing of the summer? 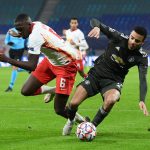 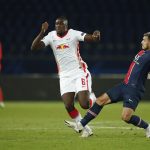 Davies was bought in following Liverpool’s defensive crisis with Virgil Van Dijk, Joe Gomez, and Joel Matip all out injured and Jurgen Klopp’s side falling away in their pursuit of a second Premier League title.

Remarkably, despite their lack of recognised centre-backs, Klopp opted to start the likes of Fabinho and Jordan Henderson at the heart of the Reds’ back four ahead of Davies, meaning he failed to make a single first-team appearance.

In fact, the former Preston star was only on the bench eight times, four of which came in the Champions League, and wasn’t involved in any of Liverpool’s final six Premier League matches.

Davies signed a long-term contract until 2025 when he signed back in January, but Jewell doesn’t expect the centre-back to be at the club next season.

“It was bizarre that, wasn’t it? He picked up an injury, but I don’t know why he hasn’t played.

“Will he be sold this summer? Probably. Maybe he will have to go on loan in the Championship.”