Sky Sports writer Nick Wright has featured on the latest edition of the Pitch to Post podcast to discuss Leicester City’s end to the Premier League season.

Brendan Rodgers’ side go into the final game of the 2020/21 Premier League campaign with a place in the top four now out of their hands.

Will Leicester qualify for the Champions League? 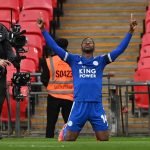 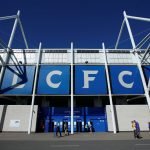 The Foxes tasted defeat in their away game against Chelsea on Tuesday night and Liverpool’s victory the following evening saw Leicester slip out of the top four and into fifth place.

Leicester are guaranteed a spot in European football for next season with a place in the Europa League secure if they fail to make it into the top four.

With Champions League football now out of their hands, the Sky Sports journalist discussed how big of a blow that could be in relation to Leicester’s finances.

He said: “It would be a definite blow, wouldn’t it? I mean, certainly financially it is a real shame for the club if they’re going to miss out on the financial rewards of the Champions League qualification.

“And yeah, it’s a huge disappointment for fans to have been there for so long and then potentially slip out in the last couple of weeks this season.”

Given how Leicester have been in the top four longer than any other Premier League side this season (242 days) it will be a huge disappointment for the club not to qualify for the Champions League.

Missing out on the money involved with the Champions League and a top-four finish will be a tough one to take for the club given the current financial concerns in football at the moment.

However, given their success in the FA Cup and still qualifying for European football, it should be a season which the fans should be proud of regardless of what the final day brings.

In other news: ‘From what I’m being told’ – Journalist issues big Leicester transfer update