Leicester City journalist Rob Tanner has offered an insight into one of the Foxes summer transfer targets Boubakary Soumaré.

The Foxes are in the process of signing the French midfielder from Ligue 1 side Lille OSC, with noted journalist Fabrizio Romano reporting last week that the player had agreed to personal terms and that the two clubs “are close to complete the agreement with Lille to sign the midfielder on a permanent deal, negotiations ongoing.”

But just what sort of player will Brendan Rodgers’ side be getting? Speaking on the latest edition of 5000/1, Tanner gave a brief overview of what he can bring to the King Power Stadium:

(10:25) “He looks promising, he’s not an attacking midfielder which is what Brendan has been saying he wants, he’s only scored one goal in four years. But he does look like he’s a dynamic player, box-to-box type player. Although he sits deep for Lille, he likes to get on the ball and spray the passes about. He’s a bit of a hybrid of both Ndidi and Tielemans, and he could come for £25m.

Are you excited about potentially signing Boubakary Soumaré? 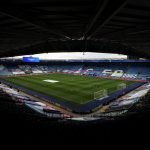 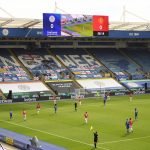 Tanner’s comments were followed up by former Foxes captain Matt Elliott where he talked about the quality of the strength in depth behind the likes of Ndidi and Tielemans.

And with Leicester possibly looking to be in the Champions League next season, if they want to make a good run in the competition then having quality players in the wings is going to be important for them.

Based on the analysis that Tanner has given, it sounds as if they are on course to get exactly that. Now it’s just a case of whether or not he’ll be first-choice when and if he arrives or if he’ll be made to just be part of the squad to begin with.