Leicester City journalist Rob Tanner has claimed the fixture congestion this season has hurt two of the Foxes’ biggest players in James Maddison and Jamie Vardy.

The Foxes have had a rather remarkable season as they currently sit 3rd in the Premier League, but things could certainly have been a lot more comfortable for them as a slight dip in form recently has left what could have been a dead certainty for the Champions League a few weeks ago looking rather more uncertain heading towards the end of the season.

And speaking on the 5000/1 podcast, Tanner thinks that the strain of the season, combined with injuries have really started to take their toll on two players in particular:

“This season has been very punishing for a lot of the players. And we can see with Jamie Vardy as well, he had a groin niggle as well, we know Maddison’s been struggling with a hip problem as well. And it’s taken its toll now we’re getting to the final weeks of the season.

“And those two, in particular, are just short of that match sharpness, that 100% that we know when they have got they are superb footballers. But at the moment, they’re both struggling just for it to click for them and to get it to 100%.” 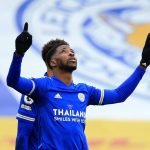 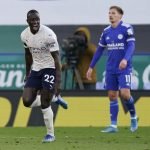 There is no doubting the importance of the two players to the club. Vardy, the club’s top scorer for the past five seasons and counting, he has only scored two goals this side of the new year.

Meanwhile, Maddison, the club’s top creator has been in and out of the side in recent months with injury, any club would feel that sort of absence.

So Leicester can consider themselves lucky that they built up a pretty big points cushion in the earlier stages of the season over because unless these two can find their form again between now and the end of the campaign, the Foxes could end up hanging on for dear life when it comes to qualifying for the Champions League.