Speaking exclusively to This Is Futbol, former Leicester City striker Brian Deane thinks his old side could look to sign a No.9 similar to Jamie Vardy this summer.

The Foxes could indeed be in the market for a new forward, with The Telegraph reporting last month that they have already looked at Chelsea’s Tammy Abraham.

It has been a good campaign for Vardy, who was able to help lead Leicester to another trophy after they beat Abraham’s side in the FA Cup final.

Is Rodgers a Leicester great? 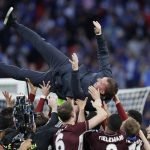 Needs to do more 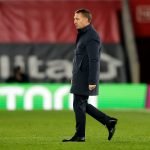 He is now, however, 34, while the goals did dry up for the Englishman in the second half of the season. Furthermore, perhaps Leicester could move for another striker similar to him this summer, as Deane has suggested.

“I think they’ll bring in another forward in the Jamie Vardy mould. But, you know, they’ve got good quality in wide areas without going out and breaking the bank. These players play in the system and it’s good that they bring in players that suit their system.”

If Brendan Rodgers cannot find what he wants in that area this summer, though, there is probably no reason for him to panic.

The Northern Irishman, of course, also has Kelechi Iheanacho as a forward option, who has shown this season that he is more than capable of leading the line for the Foxes after bagging a hatful of goals since the turn of the year.