Leeds United fans have been reacting to a graphic concerning Stuart Dallas that has emerged on social media.

The Northern Irish midfielder is pretty much a Swiss Army knife when it comes to his role on the pitch, because he can pretty much play any position and has done so under Marcelo Bielsa this season, whether it be at the back, in midfield, centrally or out wide.

He’s the ideal utility man, and with Bielsa having said that he prefers a smaller squad, Dallas is the perfect man to have in his side knowing that he can put him anywhere as the needs of the match suits.

And when @LUFCData put out a graphic on social media to demonstrate how many positions he has played this season, there were plenty of fans who were pretty impressed with what they saw:

@colinpbrooks
“And he came to us as a bang-average, Championship wide midfield/winger. Bielsa has made everyone better but Stuart is exceptional.”
@chrispb13
“Is that genuine? that is absolutely crazy. Player of the year for me.”
@SlimJim_Gaming
“The new Madeley.”
@Daithionaroll
“Milner V.2 – What a player”
@HamezReddin
“Stuart Dallas is my hero.”
@ATVSPoseur
“Man’s a cyborg trust me.”
@Ghanabeleeds

Will Stuart Dallas stay at Leeds this summer? 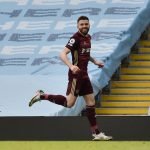 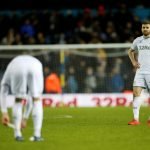 Makes you wonder how many positions Bielsa can think to put him in before the end of the season, and would he rule out putting him in goal at any point?