Leeds United: Fans react to claims about Pablo Hernandez’s future at the club 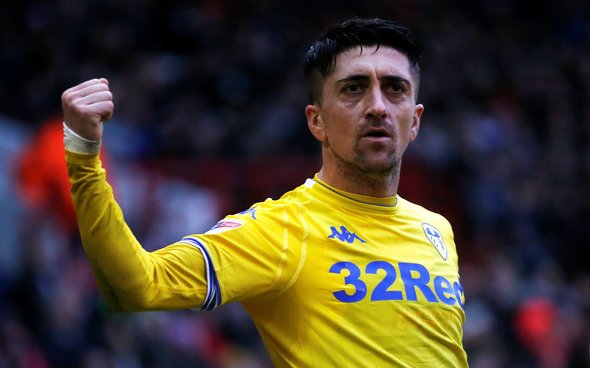 Leeds United fans have been reacting to claims concerning the future of midfielder Pablo Hernandez.

Hernandez, valued at £810k on Transfermarkt, has certainly established himself as part of the cultural fabric at Elland Road since his move to the club in 2016, winning three straight Player of the Year awards, as well as scoring one of the more memorable goals in their recent history with his late winner against Swansea City at the tail-end of last season.

However, he’s found himself in a very limited role this campaign, only starting two games all season with the last one of those coming in November. But according to a report in The Mirror, Leeds boss Marcelo Bielsa still has plans for him and has no plans to move him on as he enters the finals 14 months of his contract.

This news was relayed to supporters by the Leeds Insider Facebook page (via MOTLeedsNews) where they were asked if he was worth keeping, and there were plenty of fans who were delighted with the news and were hoping to see more of him as his time with the club winds down:

Should Pablo Hernandez be offered a coaching role at Leeds?

Let’s just see whether or not he’ll get any more minutes next season than he has this time around.