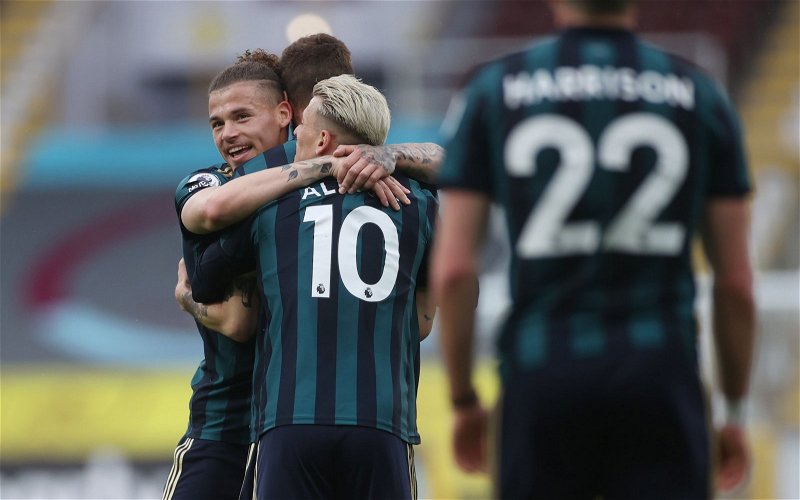 Leeds United fans on Twitter have been reacting to recently posted footage of Whites midfielder Kalvin Phillips during the Yorkshire club’s recent 4-0 win over Burnley in the Premier League.

This comes after the official Leeds Twitter account shared a post on their page that contained footage of Phillips pulling off a wonderful cross-field pass to fellow Leeds man Jack Harrison during the victory at Turf Moor.

In the caption to this post, the Leeds account were quick to dismiss a myth that Phillips only passes sideways during games.

This post then gathered a lot of replies from Leeds fans who were not shy in airing their thoughts on this footage.

So, what did these Leeds fans have to say in response to this footage of Phillips during the Burnley match?

“That’s pass of the season that. Unreal.”

“I could watch this on loop all day”

“That is disgustingly good!”

Looking at the replies to this post from the official Leeds Twitter account, it’s clear to see that these fans were amazed by this pass from Phillips to Harrison against Burnley.

Do you think Phillips has been Leeds' best player this season?

Given how Leeds Live gave the Englishman a solid match rating of 8/10 for his overall performance against Sean Dyche’s side saying that he “enjoyed himself and let his passing do the talking” on the pitch, this shows that he put in an impressive shift during the victory, with his passing being a highlight for him.

In other news: ‘Astronomical’ – Angus Kinnear reveals details on sales behind-scenes at Leeds