Steve Howey, who played for six different clubs during his career but only ever commanded a transfer fee once when he left Newcastle to join Man City, spoke exclusively to This is Futbol about how Aaron Ramsey would add flair to Everton.

There have been reports linking Ramsey with a return back to the Premier League with Everton after two seasons with Juventus, in which time he has managed to win two trophies. 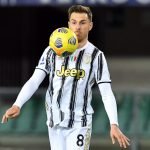 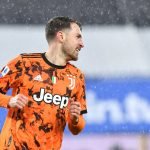 Ramsey was signed by Arsenal from Cardiff City back in 2008 for £5.76 million and he etched himself into Arsenal’s history books as he scored the winning goal in their FA Cup final victory against Hull City in 2014.

The Wales international joined Juventus as a free agent after deciding not to sign a new deal with the Gunners in 2019 and his flair and creativity has been sorely missed, something that Everton could hugely benefit from if they signed the midfielder, who according to Gazzetta dello Sport, via TEAMtalk, could be available for as little as £17m.

That is according to Howey, who spoke exclusively to This is Futbol:

“I think they’ve got a decent midfield because they’ve got James, Rodriguez, Allan in there who they signed last summer and they’re both decent.

“I think if you’ve got a bit more flair in midfielder which Ramsey certainly has, then of course, it would help Everton but it’s whether the player wants it and if the club want it as well.”

Everton were pushing for a European spot this season before the turn of the year saw their form, specifically at home, fall off a cliff as they have lost to the likes of Newcastle United and Sheffield United at Goodison Park in 2021.

The Toffees splashed the cash sensibly last year as Carlo Ancelotti brought in the likes of James Rodriguez, Allan, Abdoulaye Doucoure and Ben Godfrey, and they have all been regulars whenever fit this season.