Football pundit and presenter Niall McCaughan has been sharing his thoughts on Everton and their hopes to be playing European football.

This comes after McCaughan hosted a recent episode of Football Social Daily where he spoke about a range of topics concerning the Premier League and its clubs.

On the subject of Everton and their aspirations to be playing European football in the near future, McCaughan had this to say on the matter. (34.41)

He said: “I do think that with the way Everton were poor last season, I feel like they probably would be quite happy with [Carlo] Ancelotti coming in, some good players coming in and they’ve done better this year.

“But I do think that if they’re not in the European picture solidly next season, that might cause a few concerns.”

So far this season, Everton have won 16 out of their 34 played league games prior to their midweek clash against Aston Villa at Villa Park, drawing seven and losing 11 in the process (per BBC Sport).

Given how Everton have comfortably overtaken the 12th position in the league table that they ended the 2019/20 season in, there’s no doubt that Ancelotti’s side have vastly improved this season and are rightly talked about when discussing European football.

Do you think Everton will improve next season? 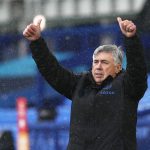 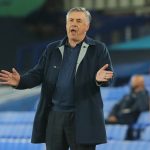 In our view, depending on how many points they end this season with, if they don’t improve or at least match that total next season after the upcoming summer and following January transfer windows, then there should be some questions raised about Ancelotti and the players about their capability to progress forward to where they aspire to be.

One way of helping them progress would be to invest during the next summer transfer window and acquire some high-quality players that can help push the team forward under Ancelotti, as they did during the previous summer window.

In other news: ‘Maybe he will be back in contention’ – Journalist issues big claim on ‘dominant’ Everton man