Exclusive: Sanchez tips Lampard to raid Chelsea if he gets Crystal Palace job

Frank Lampard could raid Chelsea for Tammy Abraham and others if he gets the Crystal Palace job, claims former Premier League manager Lawrie Sanchez.

The 42-year-old is currently said to be in the running to succeed Roy Hodgson in the Selhurst Park dugout.

Should Lampard be appointed, the likelihood is that he will need to bring in plenty of additions, with Palace set to lose a bunch of players as their contracts run down.

Who are you taking? 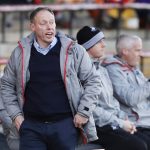 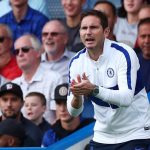 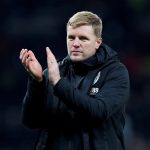 And, according to Sanchez, those additions could come from his former club Chelsea. Asked by TIF whether the ex-England international could move for players he managed at Stamford Bridge, such as Tammy Abraham, Sanchez said:

“I mean, you go straight back. He can go back to Chelsea; I’m sure he’s got a good relationship, despite the fact that he got sacked, with [Roman] Abramovich and can get a few loan kids out.”

Since Thomas Tuchel replaced Lampard at Chelsea, Abraham has barely played. He is now being linked with a move away from Stamford Bridge, so the idea of him potentially linking up with his former manager again at Palace is far from crazy.

The £36m-rated forward was the Blues’ top scorer under Lampard last season, finishing the campaign with 18 goals in all competitions.