In what was perhaps one of the least surprising announcements of recent months, the Eagles boss Hodgson announced that he will be stepping down from the role at the end of the campaign when his contract expires.

The club have reportedly had a shortlist drawn up for months at this point, so they appear to have been prepared for the announcement at least, but exactly who will be the man to replace Hodgson is the dugout is still up in the air.

Speaking on TalkSport (3:55), Jordan named Dyche as the man he would want to take over at Selhurst Park, saying that he could do better than he has done at Turf Moor if the club are willing to offer him some financial backing:

“But for me, I’d be looking across saying – okay Sean Dyche, despite my protestations that he hasn’t, at times been the most fashionable managers. He’s a bona fide top drawer Premier League manager. He just hasn’t had a stage where he can particularly rage.

“He’s had Burnley to be the club that he’s managed and done brilliantly for them. And I think it would be an interesting fit, if he were to go to an expansive Crystal Palace that has got a few Bob behind it of American owners that might have an appetite for going again.”

Will Palace hire Dyche in the summer? 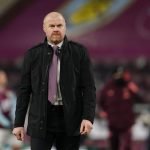 Financial incentives might prove to be very appealing, after all Burnley’s track record in the market shows that they aren’t big spenders, and if Palace are willing to offer him more flexibility and can attract a wider-range of players, then we might be able to see more out of Dyche than what has for the most part been a really stagnant spell at Burnley.

But with Dyche having stated that he intends to sit down and discuss his future with the club’s owners in the near future, there’s still a long way to go before we start to think about who Dyche might be able to bring in.

In other news: ‘They always look for each other’ – MOTD pundit wowed by CPFC duo who are ‘so good to watch’