Crystal Palace: Lawrie Sanchez thinks that Roy Hodgson will still be the club’s manager next season

Former Premier League manager Lawrie Sanchez has been speaking to Football Fan Cast about Roy Hodgson and his future at Crystal Palace.

Hodgson’s deal at Selhurst Park is up at the end of the season, and the Eagles have been linked with a move for Sean Dyche.

However, Sanchez can see Hodgson remaining in charge and signing a new contract.

He said: “I think he wants to stay; I think Roy is one of those people that I think will want to work until he can no longer work. He loves the day-to-day involvement around football. I see a lot of criticism about Crystal Palace.

“Palace have got to be careful, a bit like Charlton; they were saying that about Alan Curbishley when he finished mid-table in the Premier League. He left, and they never recovered from it.

“Keeping Palace in the Premier League is a great job. I think, given the opportunity, he would stay. And if they were to [make] a change, it might be a Charlton scenario.”

Do you think Hodgson should get a new deal?

No, his time has come 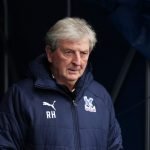 Yes, he is doing a good job

Since Hodgson took charge of the Eagles, he has kept them well away from the relegation zone; however, this season has been pretty flat for Palace.

They currently have 38 points and have conceded a whopping 56 goals, so you could argue that Hodgson’s time to move on has come.

He has done a fantastic job with the Eagles in terms of keeping the club safe, but perhaps they want to move up the table, and we are not convinced that Hodgson can do that.

However, Sanchez does mention Alan Curbishley at Charlton Athletic and after he moved on from the Addicks, they were relegated from the Premier League in the following season and have never returned, so that could be a warning to Palace.

It will be interesting to see what happens in the summer, but we wouldn’t be surprised if he does move on.