Dean Windass has exclusively told This is Futbol that Dwight McNeil would be an excellent signing for Aston Villa.

The England Under-21 international, who featured heavily at the recent European Championships, has caught the eye following an impressive campaign with Burnley. 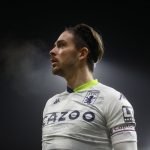 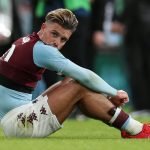 McNeil has scored twice in the Premier League, one of which came against Villa, whilst the other was a memorable solo effort in the victory at Everton.

The winger has also laid on five assists for his teammates, which is more than any other Clarets player, with those stats leading to strong reports suggesting that McNeil is one of Dean Smith’s top targets this summer.

Anwar El Ghazi, Jack Grealish and Ollie Watkins have been the spearhead of Villa’s attack this term, but they’re looking to bolster their wide department following the recent long-term injury to Trezeguet and lack of consistency from Bertrand Traore.

McNeil only committed his long-term future to Burnley in October, but Windass told This is Futbol that a switch to Villa Park would be an attractive move for the 21-year-old:

“McNeil on the left hand-side has unbelievable quality and would free Jack Grealish to go in behind as a number 10.

“If Aston Villa came calling, then it would be appealing for the lad. Sean won’t want to lose McNeil, he’s massive for Burnley in terms of crossing balls into the centre-forwards.”