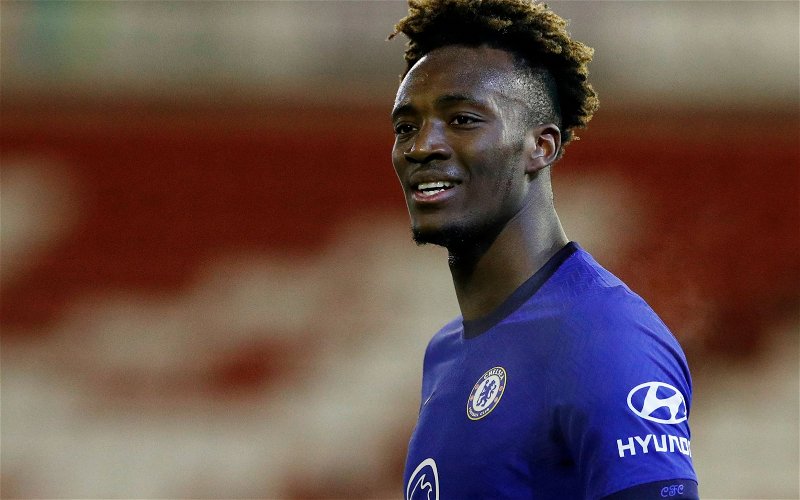 Aston Villa journalist Mat Kendrick has been sharing his thoughts on the possibility of the Midlands club making a move to sign Chelsea striker Tammy Abraham during the upcoming summer transfer window.

This comes after Kendrick made an appearance on a recent episode of the Birmingham Mail’s Claret & Blue Podcast where he spoke about a range of topics concerning Dean Smith’s side.

The Daily Star (as per TeamTalk) has suggested the Villans are preparing a £30m bid to bring the striker back to the club.

On the subject of a potential move for Abraham this summer, Kendrick had this to say on the matter.

He said: “I’d welcome Tammy back with open arms because he scored a lot of goals, he missed a lot of opportunities during the Championship promotion season, but I think he’s a grafter as well, maybe not quite to the level of [Ollie] Watkins, but I’ve seen plenty of occasions during that Championship promotion season where he was tracking back and almost tracking back to left-back and right-back and stuff like that.

“I think he’s hungry still. I don’t think he feels that being at Chelsea and getting a little bit of the limelight there makes him the real deal and I actually think he’d come with even more of a point to prove the fact that he’s been kind of sidelined under the new manager.”

Abraham spent the 2018/19 season on loan with Villa, the season where they managed to win promotion from the Championship back to the Premier League.

During his season on loan at Villa Park, the 23-year-old, who is currently valued at £36 million, scored 26 goals in 40 appearances during their Championship campaign (per Transfermarkt).

Given how the Englishman only made seven appearances for Chelsea across all competitions since Thomas Tuchel took over, perhaps a move away from Chelsea this summer might be beneficial for his career.

Although, with the west London club ending their latest Premier League season in the top four and recently winning the Champions League, perhaps the lure of playing in Europe could persuade Abraham to stay.

Do Villa need to sign Tammy Abraham this summer?

In terms of a potential return to Villa, with Ollie Watkins playing 90 minutes in all but two of Villa’s Premier League matches this season, perhaps regular playing time at the Midlands club wouldn’t be guaranteed.

In our view, Abraham should figure out what his role at Chelsea will be next season and how often he can expect to be playing. If he feels that he can get regular football elsewhere, then perhaps a move away should be a serious consideration for the striker.

In other news: ‘He could save Villa literally millions’ – Evans excited about talent with ‘huge hype’ at AVFC