Watts was discussing all things Arsenal on the latest video on his YouTube channel and gave his views and insights about multiple incomings and outgoings at the Emirates Stadium club. One player that he talked about was Hakimi and discussed whether the Gunners could move for him this summer.

Hakimi has been linked with a move to Arsenal in the past and it was reported that the Gunners were considering signing him last summer, but his price was one of the reasons why the move didn’t take place. Paris Saint-Germain are among those reportedly determined to sign the Moroccan this time around. 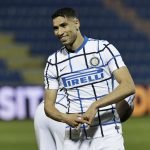 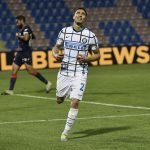 Watts talked about Arsenal’s chances of landing Hakimi now, stating that the asking price for the player means it remains likely that the Gunners won’t sign him.

He said: “They want to sign a right-back this summer, we know that. It doesn’t look like it’s going to be Hakimi, I’m sure you’ve seen now being very heavily linked with the likes of Paris Saint-Germain, Bayern Munich and Chelsea for around £60 million. That’s certainly a price tag which puts Arsenal out of the equation for Hakimi.”

TIF Thoughts on Hakimi to Arsenal…

While Hakimi is currently valued at £45m by Transfermarkt, Inter are reportedly not going to accept a fee lower than €80 million (£68.7 million) to sell the former Real Madrid man.

Considering that Watts mentions European heavyweights PSG, Bayern and Chelsea as potential suitors, it would be a tough race for Arsenal to win.

So the Gunners should consider earning as much as they can from Hector Bellerin’s potential sale, so that they can sign a cheaper alternative for Hakimi.

In other news: ‘We can say that’ – Reliable journalist reveals Buendia transfer latest at Arsenal