Arsenal insider Charles Watts has provided an update on the future of Alexandre Lacazette at the club.

The Frenchman, valued at £31.5m on Transfermarkt, had a reasonable year in terms of production, scoring 17 goals in all competitions, but ultimately it wasn’t enough for Arsenal to have any sort of success, as they slumped to 8th in the league and crashed out of the Europa League at the semi-final stage.

The club are expected to go through a major summer overhaul, and with his contract set to expire in the summer of 2022, this is a crucial window for the club and Lacazette as they decide what they want to do with him.

Speaking during a Q&A session on his YouTube channel, Watts revealed that Arsenal and Lacazette are set to sit down and discuss the situation soon, but that in his opinion, the club would be better off selling him this summer:

“Lacazette’s future is going to be decided very, very soon. I think we’ll find out very quickly about what’s happening with Alexandre Lacazette. Talks are being held over the next couple of weeks or so with him regarding his new contract, possible new contract, or whether he moves on.

“Personally, I’ve said it before, I think Arsenal should move on from Alexandre Lacazette now. I think he’s been a decent signing, has had a good season, but for me, I just don’t think you really give Lacazette a new contract at this point.” 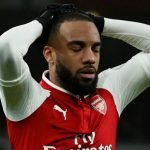 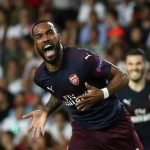 With the major overhaul planned, Lacazette probably holds more value for Arsenal in their bank account than he does on the pitch, so the decision over his future could be a significant one for the club in the long run.

For instance, his potential sale could go a large way to raising the reported £40m fee necessary in order to buy Yves Bissouma from Brighton or the £15m-£20m fee to bring in Odsonne Edouard – both of whom have been recently linked with the Gunners – and still have money left over to focus on another area of the squad.

At 29, he is very much the present at Arsenal when the club need to be looking at the future, and despite his goal return for the club, now is arguably the time for them to move on from him and restart all over again.

In other news: ‘From what we know’ – Reliable journalist reveals Arsenal would sign star pending one condition