West Bromwich Albion journalist Joe Masi has been sharing his thoughts on former Sheffield United manager Chris Wilder potentially being appointed as the new permanent head coach at The Hawthorns.

This comes after Masi made an appearance on a recent episode of Baggies Broadcast, where he spoke about a number of subjects concerning the club.

On the topic of the potential candidates that could be named as the club’s next permanent manager after Sam Allardyce announced his departure, Masi had this to say about Wilder, who has been linked with the job in recent weeks.

“He’s had one bad season in 20 years. Yes, the recruitment last year was disastrous. Yes, Sheffield United had a really poor season, but I tell you what, they never lost spirit, did they? They always were playing for him. I think he got a little bit found out with his 3-5-2, I think he got really unlucky with injuries, and I think his big-money signings – Rhian Brewster, for example – didn’t come off for him.

“I think they’re the reasons why, but there is so much more, in my opinion, to Chris Wilder than a 3-5-2 and one or two bad signings. He is a phenomenal boss, and in my opinion, we’d be really lucky to have him.”

Would you like to see Chris Wilder as West Brom's new manager? 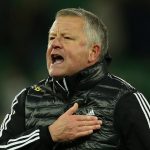 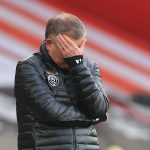 Sheffield United were one of the other two clubs, alongside West Brom, to get relegated this season.

Despite Wilder’s poor season with Sheffield United that saw him leave the club back in March as the Blades ended the campaign at the bottom of the Premier League table, the fact that he had managed to take the club from League One in the 2016/17 season to the top half of the Premier League last season, it’s understandable why Masi thinks the 53-year-old would be a great fit for the Baggies.

In our view, it’s clear to see why Wilder is being considered for the manager’s position at West Brom, based on his previous experience managing in the Championship and being able to have a solid season in the Premier League as well, despite the Blades’ disastrous season this year.

In other news: ‘As you’ve identified’ – Goldberg drops claim on Yokuslu’s future at West Brom