West Bromwich Albion: Ian McGarry reveals that Lampard would be interested in the job | thisisfutbol.com

West Bromwich Albion: Ian McGarry reveals that Lampard would be interested in the job

Ian McGarry has been speaking on the latest edition of The Transfer Window podcast about the now-vacant West Bromwich Albion job after Sam Allardyce left the club at the end of the 2020/21 Premier League campaign.

It seems as if former Chelsea and Derby County boss Frank Lampard would be keen on taking the job at the Hawthorns as he looks to rebuild his managerial reputation after he was sacked by Chelsea earlier this year.

Lampard has also been linked with the Crystal Palace job, but he might see the Baggies as a better opportunity.

McGarry said: (49:34) “We understand that he would not be, in terms of the interest of West Bromwich Albion, averse to talking to West Brom’s executives.”

Duncan Castles then added his thoughts on Lampard taking the West Brom job.

(50:48) “It’s interesting that he’s thinking that way. I can see the calculation that dropping back down into the Championship, to work with a good squad of players where you have a better financial resource to build something with the expectation that you can go a step further than you did at Derby County, and get promotion to the Premier League, and then keep them in the Premier League.

(52:18) “I think the calculation that West Bromwich Albion is a reasonable opportunity and one that’s worth paying more attention to than Crystal Palace for example, is an intelligent one on his part.”

Do you think that Lampard would be a good choice for the West Brom job? 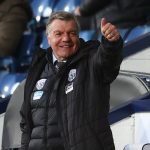 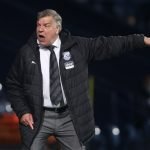 The Baggies had a dreadful season in the Premier League as they won just five league games and finished the season on 26 points.

So there will need to be a rebuild, and Lampard could also get them playing some good football as he favours a more attractive style of play.

In other news: ‘I’m sorry’ – Goldberg blasts West Brom ‘trier’ who is ‘so far off the pace’