TalkSport insider Alex Crook has made a big claim regarding Sam Allardyce’s future at West Bromwich Albion heading into next season.

Allardyce’s unblemished record of never getting relegated received its first at the weekend as a 3-1 loss to Arsenal confirmed West Brom’s relegation to the Championship for next season.

And whilst Allardyce is under contract with at the Hawthorns until the end of the 2021/22 season, there is some debate going on about whether or not he will stick around to see the season out or if they will look to bring in a new man.

Speaking on the TalkSport Gameday podcast (40:30), Crook claimed that it could very well end up being the latter, as he claimed there is some tension behind the scenes regarding transfers that could force the two sides to part ways over the summer:

“West Bromwich Albion relegated, I know talks have taken place between Big Sam and the club already about the possibility of him staying on next season. Although the vibe I’m getting is that maybe there won’t be the financial resource that perhaps he would want to guarantee they could come straight back up.”

Do you think West Brom could win promotion under Allardyce next season in the Championship? 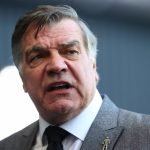 Given Allardyce’s record when it comes to promotion, if the Baggies board are serious about getting back up at the first attempt, then they need to put some faith in him being the man to do it.

With their finances not in the best of conditions, they obviously shouldn’t be forking out enough to put them in financial difficulty, but there needs to be a happy-medium at some point where they give Allardyce the funds in order to make it happen.

Either that or they risk losing out on someone with a pretty decent chance of being able to bring them back.