West Brom are on the hunt for a new manager after Sam Allardyce departed the club following the end of the Baggies’ brief stay in the Premier League and former Bradford, Wigan and Derby manager Paul Jewell believes that they could turn to an experienced boss in Chris Wilder.

Several people have been linked with the job, managers both in and out of work, however the Baggies have reportedly identified the former Sheffield United manager as their number one target, but face a challenge to tempt him into the Championship. 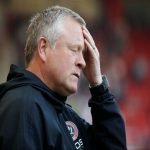 The Baggies are unlikely to keep hold of their squad which went down this season as Matheus Pereira and Sam Johnstone have been hotly tipped to leave the Hawthorns this summer having stood out for them in the top-flight.

Wilder managed to guide Sheffield United from the depths of League One all the way to a ninth-place finish in the Premier League during the 2019/20 season, and his experience could be what West Brom decide to go for. Those are the thoughts of Jewell, who spoke exclusively to This is Futbol:

“Sometimes giving the job to someone who has been there and done it doesn’t always work. They could give it to a new guy because managers need an opportunity from somewhere and they’re never going to get experience unless they get an opportunity.

“It’s such a big job that they may go for someone with experience, like Chris Wilder, but whoever does get it will be handed a decent job. It’s always a difficult task to bounce straight back but West Brom have managed to do it quite well over the years.”

It will be West Brom’s third manager in less than 12 months when they eventually find Allardyce’s successor and they will be expected to fire the Baggies straight back into the Premier League at the first time of asking.

Despite being relegated and having conceded a mesmerising 76 goals in 38 games, West Brom do have a player in Gareth Southgate’s provisional squad and it is likely that Sam Johnstone will also make the final 26-man squad and go to the European Championships as third-choice keeper.