Former West Brom midfielder Carlton Palmer has exclusively told This is Futbol that Charlie Austin has no future at the Hawthorns.

Following summer arrivals Callum Robinson and Karlan Grant, Austin slipped down the pecking order under Slaven Bilic, and oversaw just 133 minutes of Premier League football prior to his January departure.

Do you think West Brom should sell Pereira if they are relegated? 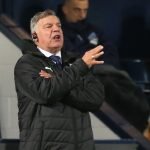 The frontman virtually equalled that amount of game-time in his first two appearances at QPR, and has rediscovered his scoring touch at Loftus Road, netting six times in 20 outings for the Londoners.

But Austin will return to West Brom following the conclusion of the Championship season, although his Baggies contract expires this summer, meaning he’ll be a free agent providing he isn’t offered fresh terms.

Austin scored 10 times last term to help West Brom get promoted back to the Premier League, and with relegation to the second tier on the cards, it could be a match made in heaven – especially with his outstanding record at Championship level.

But Palmer expects the 31-year-old to be moved on this summer:

“It depends on the situation, the financial situation. Charlie is getting on a bit in age. There’s a reason why he’s been sent out on loan, I know they don’t think he can quite cut it in the Premier League.

“I think they’ll let his contract go, and I don’t believe he will be going back to West Brom.”