Pundit Carlton Palmer has been fuming at the latest comments from Sheffield Wednesday owner Dejphon Chansiri.

Chansiri had recently confirmed that he’s not looking to bring in a director of football at Sheffield Wednesday, claiming that the manager has to have the final say on the recruitment at the Yorkshire-based club.

Chansiri has also previously iterated that he’s content with the current structure at Wednesday and he isn’t looking to make any structural changes.

Should Chansiri hire a DOF as soon as possible? 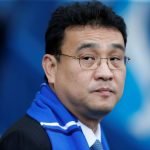 Palmer was recently chatting with Football Fan Cast and Chansiri’s latest comments have left him fuming. The pundit believes that the Thai businessman has put in a lot of money into Wednesday but he’s been poorly advised by those around him and to rectify that, the club needs a footballing structure in place.

“As far as I’m concerned, whoever is advising him… I’m not knocking the chairman. I get grief for not supporting the chairman and whatever, but I’m just a realist and call it as it is. He has put a lot of money into the football club, that there can be no arguments about. But he’s been badly advised, hence why Sheffield Wednesday are in the position they’re in this season.”

Chansiri bought Wednesday in January 2015 and since then, the Owls have signed a lot of players on either loan deals or permanent deals. It shows that Chansiri has been making transfers regularly at the club, but the results are not showing as the Owls find themselves in the bottom three and have won just once in their last five games.

This shows that perhaps spending isn’t the problem at the club, but spending on the right players is the problem. To get rid of that, Wednesday might indeed need someone who is in the director of football mould.

In other news: ‘He really has gone downhill’ – Journalist rips into ‘sloppy’ £1.08m-rated Wednesday man