Sheffield Wednesday: David Stowell thinks that the club are still an attractive option for players | thisisfutbol.com

Sheffield Wednesday: David Stowell thinks that the club are still an attractive option for players

Sky Sports commentator David Stowell has been speaking on the latest edition of Sky Sports’ EFL Podcast about potential transfers for Sheffield Wednesday after they were relegated to League One.

Stowell believes that even though the Owls are no longer a Championship club, they will still be able to draw in many players because of the size of the club.

Wednesday had a disastrous season, but when you look at their squad, there are some big names in there, so it will be interesting to see how many stay and how many go, but it is clear that Stowell thinks the Owls can bring in some good players to help them win promotion.

He said: (19:00) “The one thing I would say is that Sheffield Wednesday, and Prutts [David Prutton] will back this up I’m sure, will always be able to attract players because of the kind of club it is and the size of the club in League One.

(19:17) “If you’re looking at that League One table, and you’re a player of League One ability, and you’re thinking who do you want to play for, you can pick your club; Sheffield Wednesday is going to be up there on previous reputation.

“Of course, there are off-field issues that need to be sorted out, which is perhaps a sort of spanner in the works there, but it’s an attractive proposition if you’re a player at that level.”

Do you think that Wednesday can still attract good players?

Yes, we should be able to 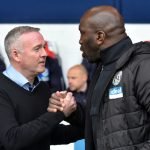 No, no one will want to join 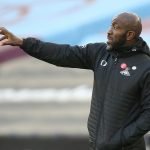 The Owls had spent nine years in the Championship and made it into the play-offs twice, so they have been a strong team for a while, but that has all fallen apart, and it will be interesting to see how they can rebuild.

Certainly, if you look at the size of the stadium and the club’s history, you can see why many players would want to play for the Owls even with financial issues and problems with wages.

It also looks like Darren Moore will be staying, which given his experience in League One, can only be a good thing, so it will be intriguing to see what Wednesday do in the transfer market. We wouldn’t be surprised if they attracted some good players.