Exclusive: Ex-Sheffield United striker tells Ethan Ampadu he must settle on one position

Ampadu, who has spent the season on loan at United from Chelsea, has been used in both midfield and defence.

It was also a similar story during his breakthrough season at Stamford Bridge under Antonio Conte, with the Italian utilising him as a centre-back and defensive midfielder in the cup competitions.

Would you take Ampadu back at the club? 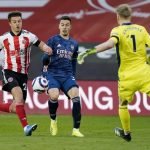 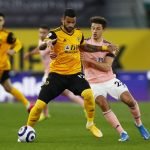 For Deane, though, it is not something that can keep going on, with the retired Premier League footballer feeling that the 20-year-old needs to pick one position for the good of his development.

On Ampadu and his loan spell at Bramall Lane, Deane told TIF:

“In a team with better players around him, it’s going to be easier for him to develop. I think he’s been in crisis mode, as everybody at Sheffield United has been this season, so very difficult to judge him.”

While it is still not clear where Ampadu’s best position is, there is certainly no doubting his talent.

Fans got a real glimpse of it last season when he starred in RB Leipzig’s 1-0 win over Tottenham in the Champions League, with his leadership skills, despite being so young, something that Gary Lineker picked up on particularly.