Nottingham Forest midfielder Harry Arter has recently talked about his situation at the club right now.

Arter appeared on the latest episode of the OTB Football podcast and he talked about numerous issues involving Nottingham Forest and his former Bournemouth boss Eddie Howe. He was asked about his current situation at the club.

The midfielder stated that his situation at the club is frustrating but he doesn’t want to talk negatively about Chris Hughton and his own predicament publicly.

The 31-year-old Arter has almost become an outcast at Forest and the Irishman hasn’t been in the club’s squad since January. His current contract at the City Ground runs out in the summer of 2023.

Does Arter have a future at Forest? 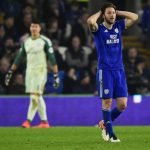 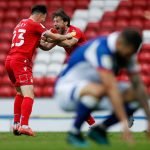 Arter stated that while he did play as a second striker early on under Hughton, that isn’t really his position.

He talked about his situation and said (48:09): “It’s just not understanding the situation completely. It’s almost a tad confusing from a player perspective.

“We didn’t really particularly have the best of seasons as a team, just give me a chance, but for me, that didn’t really happen. [The] game I did start under Chris – [I] was playing as a second striker [or as a] number ten, that’s not my position.

Arter has made only 13 Championship appearances this season for Forest, but his last appearance in the club’s shirt came in early January in a FA Cup game. He played only two minutes in a Championship game against Preston and hasn’t made a league appearance since (as per Transfermarkt).

He has played only 12 games in all competitions under Hughton, which is another frustrating stat for the midfielder.

Having said that, James Garner and Ryan Yates have become regulars in midfield and have picked up impressive ratings too. Because of that, it is understandable why Arter isn’t playing for the side but since Garner is only on loan from Manchester United, the Irishman might be closer to the first-team when the youngster departs.

In other news: ‘Hughton link is going to be the key’ – Journalist drops claim on possible NFFC transfer deal