Leeds United director of football Victor Orta has been speaking on the latest edition of The Athletic’s The Phil Hay Show about the club’s summer transfer plans.

Orta didn’t go into loads of detail, but he revealed that the club were looking for quality over quantity and had a clear idea of what they need.

The Whites had a fantastic season in the Premier League, finishing ninth, and now it appears that Leeds are planning to sign players who will improve them and allow them to push on further up the league.

Orta said: “We have a real clear situation, but obviously, you need to be always ready.

“It’s a difficult market with what’s happening in the world. Imagine that one player receives a crazy offer and wants to leave us; we need to be ready for that.

“We have [an] idea that we are going to try to follow. We discussed in the last summer, we prefer quality [to] the quantity.

Do you think that Leeds will add some quality to the side?

Yes, that seems to be what will happen 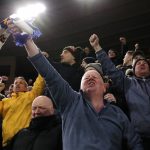 No, probably get no one 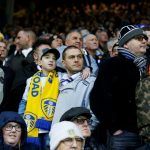 The Whites spent a lot of money in the last summer transfer window and signed players for various positions.

The likes of Diego Llorente and Robin Koch were injured for large parts of the season, so they should both get more game time next season.

So, the Whites have a solid foundation on which to build on; it seems clear that Leeds will be signing players who they believe can improve the first team, rather than just add squad depth.

Of course, it remains to be seen what happens, but it could be an exciting summer for Leeds based on Orta’s comments.