Many Leeds United fans have been talking about journalist Joe Urquhart’s tweet about defender Ezgjan Alioski.

Urquhart recently published an article that included quotes from an interview that Alioski gave to FIFA in which he talked about his career and future at Leeds.

The journalist’s tweet carried some quotes from the defender, who said that Leeds changed his life not just as a footballer but as a person as well. The North Macedonian has also stated that whatever happens in the future, his experience at Elland Road will be special. 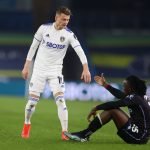 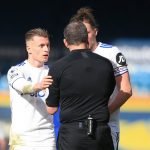 Alioski also made it clear in the interview that he is focused on helping Leeds finish as high as possible in the top flight, as the club has build a ‘special’ team already. He also praised Marcelo Bielsa, describing playing in the Premier League as a ‘great experience’ for him.

Urquhart’s tweet involving Alioski drew the attention of many Leeds fans, who made their views clear about the defender.

What did Leeds fans make of the tweet about Alioski?

“I hope he stays personally…if he does leave, I hope he doesn’t go to “them” because of how some people will react (and I get why they would react that way)!! No matter what, he’ll forever be a Champion in Leeds and should be remembered for his contribution to that.”

“All I know is that it must be a hell of an offer for him to leave us at this very special time.”

“Cannot deny he loves it here.can be poor defensively at times but his energy and commitment is 1st class.“

“Alioski should stay he is playing better than ever. Great performances recently.”

“That’s definitely a goodbye.”
Credit: @Thorpy73Lufc
“No reason for this to drag on. Offer him the contract and ask him for an answer within 2 weeks. Move on!“

Alioski’s contract at Leeds runs out in the summer and the defender has been linked with a move to Galatasaray.

While some Leeds fans want the player to stay, the club’s links with Nicolas Tagliafico and Romain Perraud suggest that perhaps, they want to replace Alioski soon.

In other news: ‘This frightens me’, ‘Nothing but bad news’ – Many Leeds fans flock to BBC man’s update