Premier League side Leeds United have been dealt a transfer blow after Fabrizio Romano has revealed an update about the situation of Sergio Aguero.

Romano appeared on the latest episode of the Here We Go podcast and he talked about multiple potential transfers in European football. He also gave some updates about the future of Aguero, who has been linked with a Leeds move in the past.

Romano revealed that the Argentine forward wants to join Barcelona as he wants to share the dressing room with compatriot Lionel Messi. The journalist also stated that the Catalans are waiting till the end of the campaign to make a decision.

Do Leeds need a new striker in the summer? 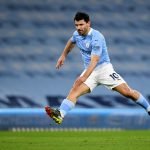 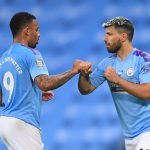 It was previously stated that with Leeds looking to cash in on Rodrigo Moreno in the summer, Aguero was seen as an attacking addition to the side.

It was also reported that Marcelo Bielsa remains a fan of Aguero, even though Leeds might not be able to offer him Champions League football.

Romano provided updates about the striker and said (37:56): “I want to say that Kun wants to join Barcelona. He’s pushing to go to Barcelona, he wants to play with Leo Messi. So contacts are going on, Barcelona won’t decide anything before the end of the season.

“We need to wait a bit to see if they can find an agreement, but they’re talking with Aguero. They will decide for Depay [and] Aguero only at the end of the season but Aguero wants to join Barcelona and talks are going on.”

Romano’s updates suggest that Aguero indeed wants to move to Barcelona, which means that Leeds should look at other options.

If Rodrigo does leave, they’d be left with not even a single established striker option apart from Patrick Bamford.

Having said that, youngster Sam Greenwood has been in impressive form for the club’s Under-23s side. He recently grabbed a brace against Burnley Under-23s side. So perhaps, handing more first-team chances to the 19-year-old will make sense next season.