Newsome says LUFC would be interested in Gallagher | thisisfutbol.com

Jon Newsome has exclusively told This is Futbol that Leeds would be interested in signing Conor Gallagher this summer following his successful loan spell with West Brom.

The England Under-21 star is yet to make a first-team appearance for parent club Chelsea but caught the eye during loan spells with Charlton and Swansea last season, and then the Baggies this term. 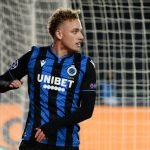 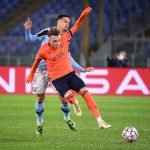 Gallagher’s first taste of Premier League football might have only been this season, but his impressive form has shown that he’s more than capable of performing at this level.

And reports believe that Marcelo Bielsa is tracking the Chelsea youngster, but the Yorkshire outfit could face competition from several other Premier League sides.

But whilst Gallagher is still planning on breaking into the senior team at Stamford Bridge, Newsome would welcome the addition of the 21-year-old, who both scored and assisted twice in 29 league outings for relegated West Brom in 2020-2021.

Ironically, the midfielder will complete his Baggies loan spell against Leeds at Elland Road this weekend, in what could be an audition to catch Bielsa’s eye.

Newsome told This is Futbol:

“I like him, I really like him. I wouldn’t be surprised if Norwich didn’t have a sniff round.

“But the attacking midfielder – we’ve got Mateusz Klich, Stuart Dallas, who plays literally everywhere. I think he would maybe be someone Leeds would be interested in.”