The versatile defender, who can play right-back, left-back and in midfield, spent the second half of the season at West Brom having struggled to earn a regular place under Mikel Arteta.

Can Leeds push for Europe next season? 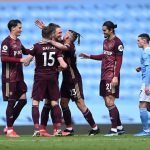 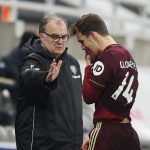 Maitland-Niles had finished the 2019-2020 in impressive fashion, playing a key part in Arsenal’s FA Cup triumph, which led to an England call-up last September.

But the 24-year-old would then play a bit-part role at the beginning of this campaign before moving on loan to West Brom in January, starting all but two of the Baggies’ last 15 games.

Maitland-Niles started predominantly in a midfield role, which has attracted Leeds‘ attention as they are looking to bolster their midfield department.

Having impressed at the Hawthorns, the Gunners Academy graduate will be desperate to continue being a regular in the Premier League.

But with that unlikely at Leeds, Newsome told This is Futbol that Maitland-Niles won’t settle for second best:

“Would Maitland-Niles want to come in there and play as a back-up? Not sure he would, at this time of his career he would be looking to more towards going to a club where he is in the starting XI, so maybe a bit of a question mark over that one for me.”