On the latest episode of the 1874 podcast, The Athletic’s Aston Villa correspondent, Gregg Evans, has been discussing potential summer arrivals at Villa Park.

Dean Smith’s side ended the 2020/21 Premier League campaign in 11th place and just seven points off a European spot.

Can you see Buendia joining Villa this summer? 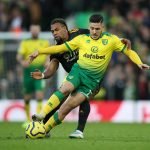 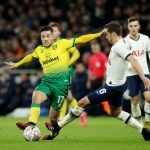 Looking ahead to this summer’s transfer window, Evans revealed some of his inside knowledge on one of the believed targets which Villa will be looking to sign this summer in Norwich City’s Emi Buendia.

The Argentine winger had a scintillating 2020/21 campaign for the Canaries as he racked up 15 goals and 17 assists in his 39 league appearances for Daniel Farke’s side (via Transfermarkt).

Discussing Villa’s transfer strategy this summer, Evans provided his information on their pursuit of the £19.8m-rated ace.

He said: “Emi Buendia is certainly a player that is on the list. There’s a story that I’ve got going out in a couple of days with a bit more explanation around that and some of the players who Villa are interested in, so you’ll have to look out for that one.”

Often we see players who have shone in the Championship linked with Premier League sides in the summer market despite their current side being promoted to the top flight, some notable examples being Ryan Sessegnon and Max Aarons.

With this in mind, we find it difficult to see Buendia pushing a move to Aston Villa this season, but the Canaries are thought to be a club open to selling players if the right bid comes in for them.

In other news: ‘If I’m being quite honest’ – Sky Sports pundit urges £13.5m-rated man to leave Aston Villa