Dave Prentice has been speaking on the latest Royal Blue podcast to discuss all things related to the Toffees following their draw against Brighton & Hove Albion.

Carlo Ancelotti’s side slipped up in the race for European football for next season with their draw against Premier League strugglers on the south coast as they now sit seven points adrift of fourth place. 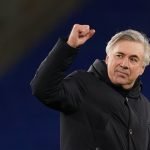 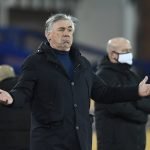 However, Prentice commented on his worry for Jean-Philippe Gbamin after the midfielder suffered another injury set back in training with potential ligament damage in his knee.

The Ivory Coast international had only just returned from injury in their game against Crystal Palace having not played football since August 2019 before his 11-minute stint against the Eagles.

Speaking on the 25-year-old, Prentice had this to say on the matter of his latest injury setback.

He said: “To happen to him when he’s just finally on his comeback it’s dreadful news. Can he be the same player again? You don’t know. We don’t know how long it’s going to be. He’s going to scan today, isn’t he? We don’t know exactly what the results of that scan is. (26:00)

“But medial ligament injury, you know, sounds like but obviously, this season is going to be a write-off. And it’s going to be like next season now. So it’s effectively two full seasons we won’t have seen him for.”

It is a huge shame for the midfielder who has not been able to get his career at Goodison Park going since arriving from Mainz in 2019. And it is clear from his comments he is disappointed he will not get to see what the midfielder can offer the Toffees with just eight games remaining.

Although no further news has surfaced regarding the timescale of his expected absence, Prentice does not seem confident of seeing him lace up his boots again this season as a result of the verdict from Ancelotti following their draw at Brighton.

Everton have had their issues with midfield injuries over the last year or so with Andre Gomes suffering a horrific ankle injury against Tottenham Hotspur and Allan missing a portion of this season through various injury niggles.

On the back of two major injuries, it will be interesting to see whether Gbamin can return to the standard he was playing at when Everton signed him.

In other news: “In a couple of years” – Exclusive: Pundit drops huge claim on Everton’s future