Podcaster Tom Wallin has featured on the latest edition of the Charlton Live podcast to discuss all things related to the club ahead of their game against Doncaster Rovers on Friday.

The Addicks travel to Doncaster on Friday as they aim to climb closer to the play-off spots, however, they will be without one of their big-name players for the trip.

Northern Ireland striker Conor Washington has been ruled out for their visit to the Keepmoat Stadium after sustaining a leg injury in Charlton’s game against AFC Wimbledon before the international break.

Washington has scored 11 goals in League One this season, including four in his last four appearances – despite only lasting five minutes in the game against the Dons (via Transfermarkt).

Speaking about the missing striker, Wallin had this to say on the matter.

He said: “I think he’ll be a massive miss. I think particularly over the last few weeks, we’ve seen the impact that he can have on this team – not just his goals. His work rate and the way he runs the channels is very different to the other forwards that we’ve got, I would suggest.

“So yeah, he’s going to be a huge loss and, as you say, with the game off [against Lincoln City] next week, I think the comfort that I’m taking from it is it’s just going to be that one game that he misses.

“Same with Ryan Inniss as well, like I spoke about before, it gives players like that a chance to play their way back to fitness hopefully and you would hope that Washington will be alright come the weekend after as well because he’s a big player for us.”

Will Washington be a big miss? 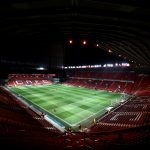 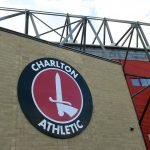 We have to agree with Wallin, the striker had shown steady form throughout the 2020/21 League One campaign, however, he has certainly struck a rich vein of form in recent weeks having scored four goals in three games before being taken off after five minutes in their 2-2 draw at Plough Lane a fortnight ago (via Transfermarkt).

The 28-year-old’s absence does mean Nigel Adkins has a decision to make as to who to replace the Northern Irishman with. One name which could be in the mix is Ronnie Schwartz, who has not received many opportunities in the squad this season, having only played 390 minutes across his 16 appearances.

All in all, Washington will certainly be a miss for the Addicks, but with the club sitting just two points off the play-off places they will have to adjust quickly.

In other news: Sky Sports pundit drops claim on Nigel Adkins at Charlton