Celtic: Paul Lambert rules himself out of the Celtic job 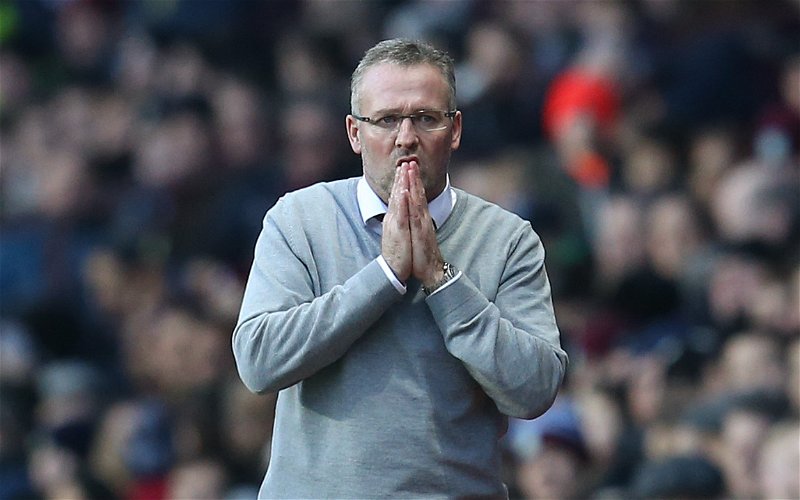 Former Celtic midfielder Paul Lambert has been speaking on the latest instalment of the A Celtic State of Mind podcast, where he ruled himself out of the vacant manager’s role.

Lambert played for the Hoops between 1997 and 2005, winning four league titles, as well as two Scottish Cups and Scottish League Cups apiece during his time with the Glasgow giants.

The 51-year-old has gone on to have a decent managerial career after calling time on his playing days back in 2006, managing the likes of Norwich City and Aston Villa in the Premier League.

Celtic are currently looking for a successor to Lambert’s former central-midfield partner Neil Lennon after the Northern Irishman departed Parkhead several months ago, but after being asked if he could ever see himself in the going back to his former side to manage, he was quick to rule himself out of contention.

He said: “No, no. And the reason for that is because I had eight or nine unbelievable years there. My life was Glasgow, and I would never want to ruin that with the support.

“I was fortunate to play in great sides that did win a lot of stuff there. Would I want to ruin that? No, I wouldn’t.”

TIF Thoughts on Lambert to Celtic…

The Scotsman has had a fabulous career in football, firstly as a player, winning the Champions League with Borussia Dortmund and every domestic trophy with Celtic and then as a manager.

However, whether he is at the level that Celtic need is up for debate. Lambert’s last four jobs at Blackburn Rovers, Wolves, Stoke City and Ipswich Town have not gone as planned, and the former Scottish champions need a huge rebuilding job over the summer to rein in fierce rivals Rangers.

A job in England’s lower leagues is perhaps a more likely destination for Lambert this summer given his past experience at that level, but we’re sure the former Hoops man will be wishing his old side well next season.

In other news: ‘Unbelievable’, ‘We must mean business’ – Many Celtic fans react as transfer news emerges