Gannon featured as a guest on the latest episode of the Record Celtic podcast recently. The panel talked about multiple things involving the Hoops and their players. One player that Gannon was asked about was Welsh, who has recently signed a new deal at the club.

He believes that while Welsh has done well for the Bhoys in the current campaign, his height is a concern and that could hinder his development in the modern game, especially since Kristoffer Ajer and Christopher Jullien are much taller. 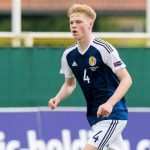 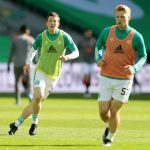 Welsh’s new deal ties him down to Parkhead until the summer of 2o25. The young defender first featured for the Hoops back in October, but he has now become a regular under John Kennedy (as per BBC Sport).

While talking about Welsh, Gannon stated: “I think he has played pretty well. He’s good on the ball, he’s good at building from the back. He maybe lacks a wee bit of height. That’s [more of] a concern with Stephen Welsh in the modern game. You look at Ajer – Ajer and Jullien are both six feet five. He’s a wee bit on the smaller side to get to the right top level.”

Welsh is 6ft 2in tall, which isn’t small by any means. While he is certainly not as tall as Christopher Jullien and Kristoffer Ajer, Welsh has picked up a rating of 7.05/10 in the Premiership in the current campaign. Only nine Celtic players have picked up better ratings than Welsh in the season, which shows that he’s done well enough.

And while he might not be as tall as the other two defenders, he’s won more aerial duels per game than Ajer, making more interceptions per game than both of them (as per WhoScored).

So it’s perhaps unfair to say that Welsh isn’t good in the air and the youngster deserves credit for his showings this season.